I am so thrilled that this year we have been able to publish a book of students’ stories. When my school closed in March, I didn’t think it was going to be possible, but I took a leap of faith and asked the children to write stories anyway.  I told them their work would be published in a book – even though I didn’t have the funds to do it,

When the stories came flooding in, I knew I had to ask for help, so I approached the Arts Office in Fingal County Council. They put me in touch with Create Ireland, who on seeing the stories agreed to fund the entire project. They even paid for the postage, so we could send the books to all the writers. So, that’s how this wonderful book came about.

Create Ireland wanted The Covid Collection to be a non-commercial project therefore it is not for sale. However to give you a flavour of the book, I have posted one of the stories below. It is written by Marcus Quirke aged nine. It is funny and I hope it gives you a giggle. 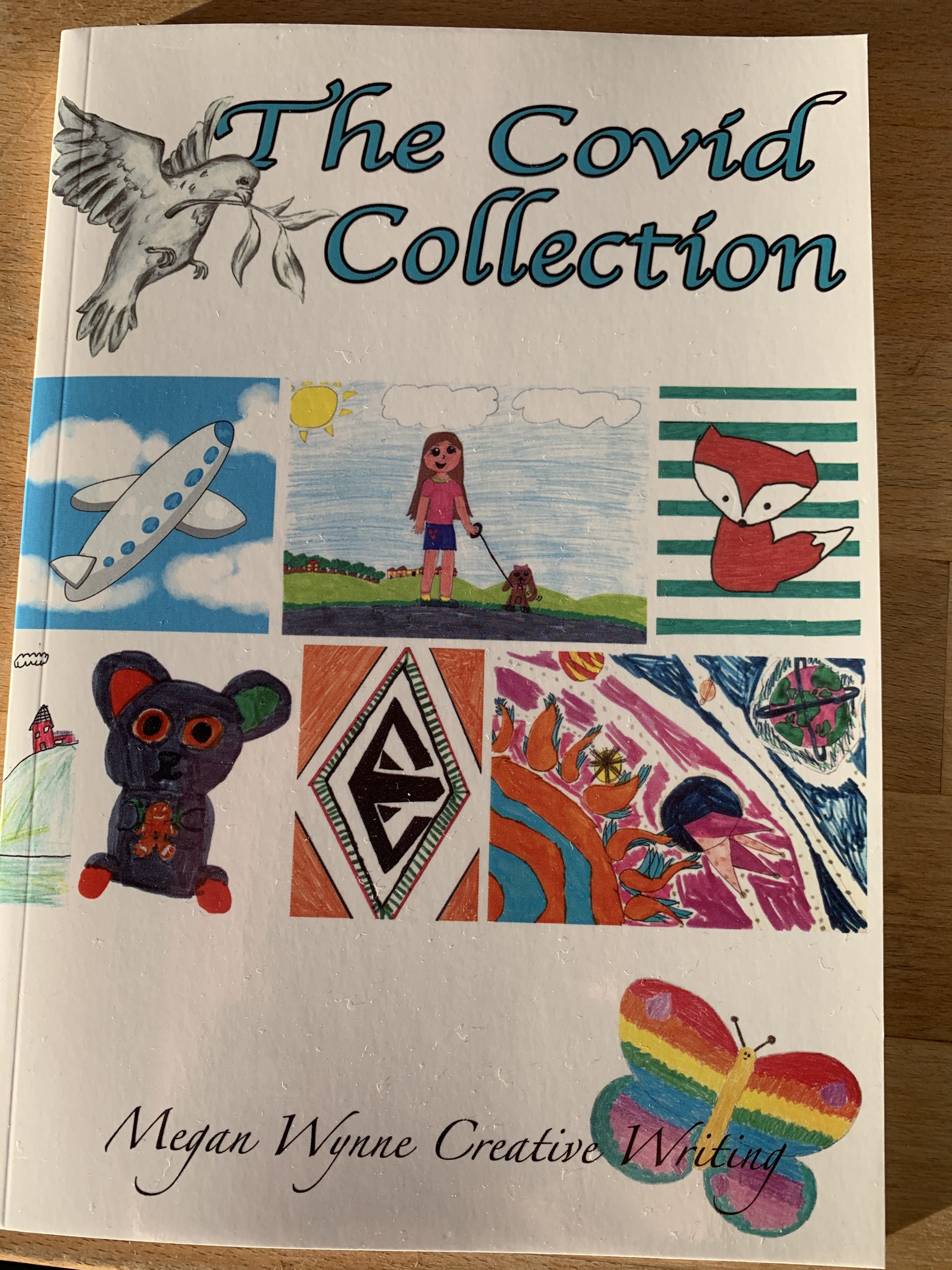 An Interview with Donald J. Trump

Trump: I get asked that question quite a lot, great question. The ‘J’ stands for Genius…I have many friends who agree that nobody knows more about being a genius than I do, and I agree with them because it’s a tremendous question.

On to the next question. Who do you think will be the next president of the USA?

Trump: I think Donald Trump Junior, named after the famous ME, should be the next president. You know, I went to Greenland last week, great people, great place, lots of green. I think Donald Junior would be a great president of here and there. Or, there and here. Whichever.

Daniel: [sighs deeply and looks at his shoes] Mr. President, I have a serious question and I think the American people deserve a serious answer. Why did you think giving people Dettol would help them to be cured of the Coronavirus?

Trump: Well, Dettol gets rid of germs, doesn’t it? So, eh, supposing we hit the body with a tremendous dose…whether it is Dettol, Flash, or Cillit Bang… they use that in the great country of Ireland. I have a great many hotels in Ireland, great place, very clean. I also have many friends who are doctors and they all agree with me.

Daniel: [getting angry] But Mr. President, Dettol’s poisonous! It would be more likely to kill the patient than the virus! This is a bad idea!

Daniel: Why you big… INTERVIEW OVER