Gráinne Meghen, who attends writing courses in Blackrock, has come runner up in The Sunday Times Goosebumps story writing competition!

This is a great achievement for Gráinne. The competition was open to children in both the UK and Ireland, and Grainne had to complete a story about a boy driving a haunted car.

Here she is holding her certificate and you can read her moving story below.

I poked my head into the old car. The dashboard was covered with dust, and the back of the passenger seat was ripped and stained. “Why does Grandpa Ed keep his old wreck behind the garage?” I asked my sister Ashley.

“Ben you know why,” she replied. “Grandpa thinks the car is haunted. He won’t go near it.”

“I’m outta here,” Ashley said. “I don’t like smelly old cars – especially if they’re haunted.” She dissapeared around the side of the garage.

As soon as she was gone, I heard a soft whisper. “Ben… let’s go. Take me for a drive.”
“Huh?” I gasped in surprise. I checked to make sure Ashley wasn’t playing a joke on me. But my sister had left.

“Take me for a drive Ben. I’m so lonely behind the garage.” The voice seemed to be coming from the radio. But the radio was turned off.

I let out a startled cry as the engine started up. The car rattled and clanked, and then the engine hummed smoothly. “Step on the gas, Ben” the voice whispered. “Don’t be afraid. Let’s GO!”

My heart started to pound. I grabbed the door handle. Should I jump out of the car? I asked myself. Should I tell Ashley what was happening? Or should I take the wheel? Step on the gas? Take a chance?

I grabbed the door handle, but to no avail. It was locked. The windows wouldn’t open either. I was trapped in an haunted car, that wanted me me to drive it. And the heating was slowly going up. Perspiration began to form on my forehead. The car was presenting me two choices. Submit and obey, or die in the car, like those dogs who were left with the window up, overheating, with no air.

I swallowed hard, and cautiously stepped on the gas. The car started to crawl forward. “Go faster, Ben…..….Go faster……Let me ride again…….Let’s be free!” It sounded like it was going to burst with excitement. The seatbelt quietly strapped around me with a click. It kept me in place, pressing me tightly against the seat. There was no turning back now. I turned smoothly around the garage, feeling like I had done this a hundred times before. I was on the road. “Let’s go, Ben! Let’s be free!” Thankfully, no one else was on the road. It was eerily quiet.

We were at the entrance to the main road. It was empty, and begging to be driven on. We knew what to do. We grinned, and accelerated. With a screech, we were off. We were zooming along, our engine roaring. We yelled and whooped, the wind in our face. The road seemed to be infinite. We could drive forever, and nothing could stop us.

The rest of the ride was a hazy blur. The police found me on the side of the road, dazed and confused, a few miles from home. They told me that my parents were really worried and upset, but I could barely comprehend what was going on. What happened? We were driving…..We were free……..But now I was here. We weren’t here, only I was here. They brought me home, and Mum and Dad were crying. Ashley looked pale. They pulled me into a tight hug, and Dad whispered that Grandpa had…..Passed away.

I didn’t know what to say. I stared, shocked. Then I cried. And cried. We all cried. Mum told me that passed away peacefully, at home, but Ashley cried, saying she didn’t get to see him one last time. At dinner, we talked about Grandpa, and the amazing experiences we’d shared. Later on, I realised how l lucky I had been. I had one final ride with Grandpa, before he rode off into the unknown. I smiled sadly, my eyes red. I hope wherever he is now, his engines full, and there’s adventure in sight. 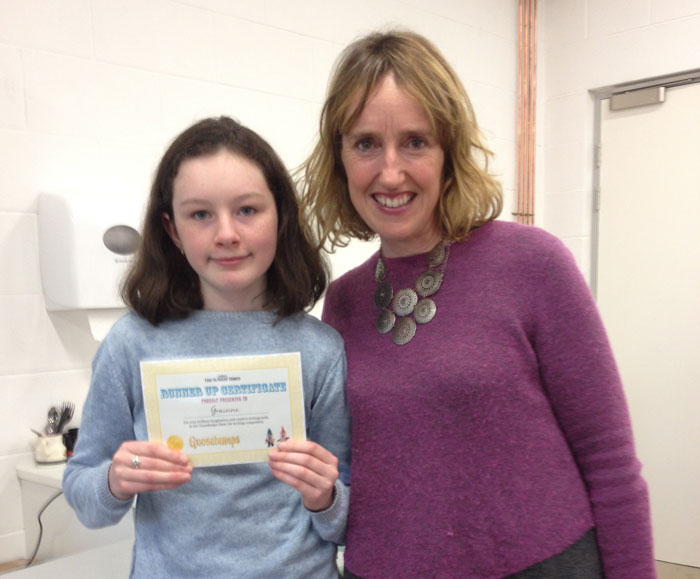